Data between January 2017 and January 2021 was used in this study. It excludes the months of July and August.  In July and August 2020 the Industry SP was still settling in and any comparison would be invalid.

The data covered every horse that ran during the above period which had a Betfair SP and SP recorded. Races with a Rule 4 deduction are not included.

The data was then divided into bands for Betfair SP. The bands are by the percentage chance implied of that horse winning. These are shown as on course SP odds.

Prices shorter than 8/13  BSP were excluded as there were too few of them in the industry SP sample.

Then the average SP was found for all horses in that band. This was produced for the  on-course and industry SP.

The results are shown in the table below.

The advantage column is colour coded, with green being in the bettors’ favour and increasing red shades against the bettor.

There are three main features. 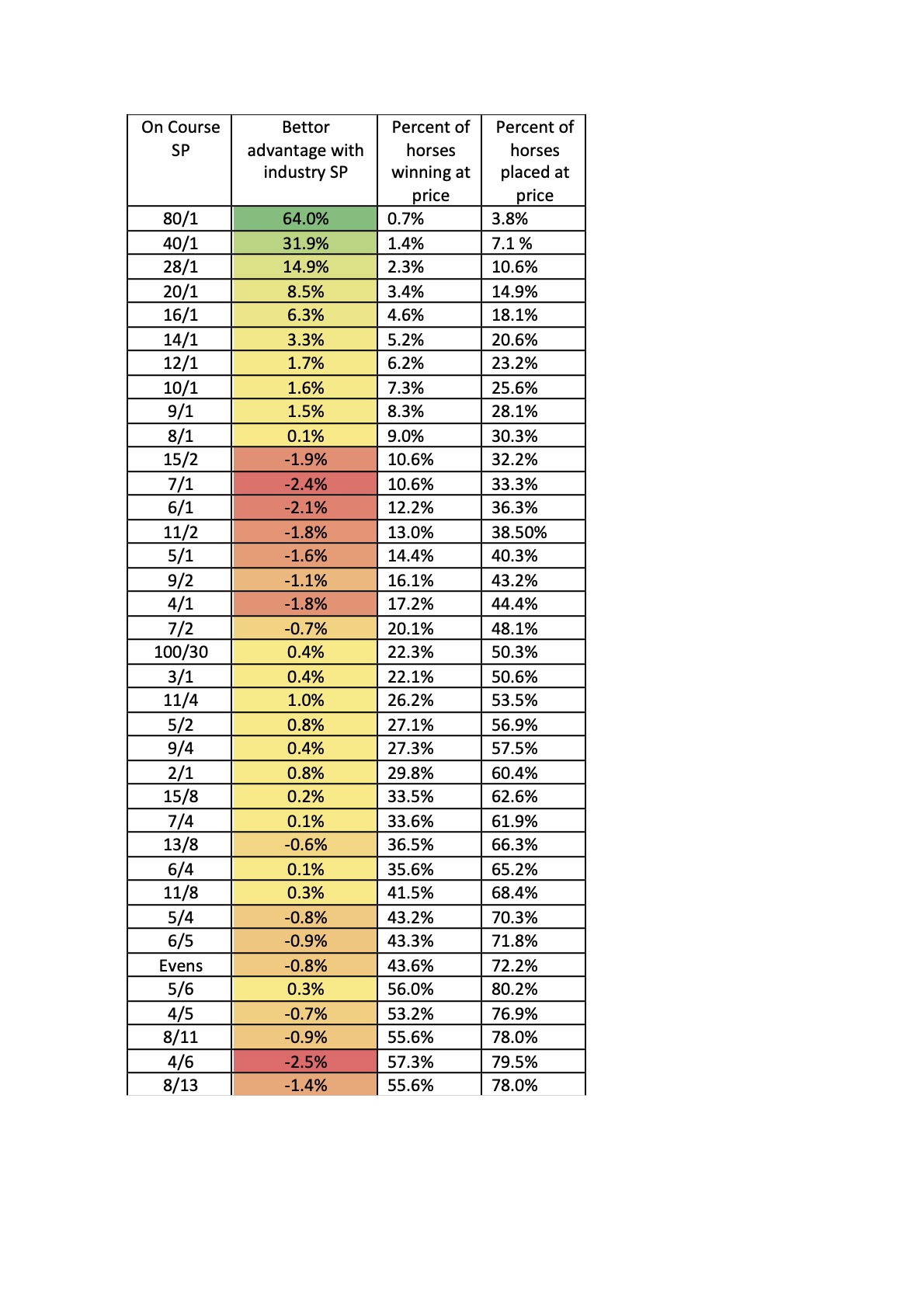